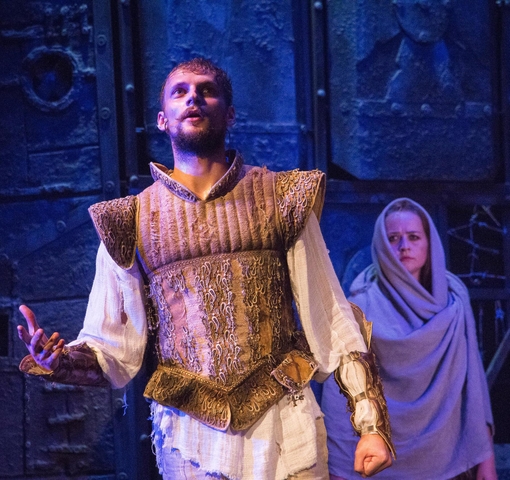 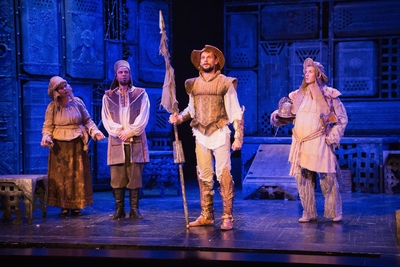 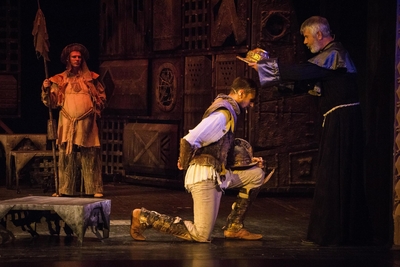 The "Free Space" theater presents its version of the famous musical "Man of La Mancha". The author of the play Dale Wasserman, an American playwright, became world famous with his stage adaptation of a bestseller by Ken Kesey "Flying Over the Cuckoo's Nest." The author of wonderful music is Mitch Leigh, the lyrics are by Joe Darion, and their song ‘Impossible Dream’ instantly reached the top in the US hit charts. The single became multi-platinum and to this day tops the pop charts of the 60's. The musical opens with the scene of the imprisonment of the poet and playwright Miguel de Cervantes, where he will be brought to trial by the Spanish Inquisition. What to oppose and how to resist the world, which is gripped by cruelty, violence, greed? Cervantes plays his story in the prison cell for the prisoners about the Knight of the Sad Figure - Don Quixote of La Mancha. In cynical criminals who find themselves at the very bottom of society, Cervantes sees people who can once again believe in the power of goodness, love, beauty. His Knight - a funny, naive, seemingly absolutely detached from the Reality -nevertheless has a keen heart and an unshakable faith in Man. He is not afraid that his dreams are unattainable, he is happy that he fights and does not turn away from the path of chivalry and service to the ideal. "Performance inside the performace" with the presence of the author  is Wasserman's wonderful discovery, filling the classical legend with modern meanings, combined with Mitch Leigh’s amazing music powerfully conquers spectators' hearts.