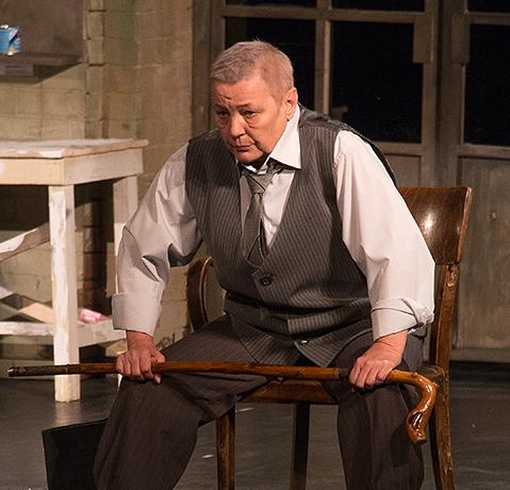 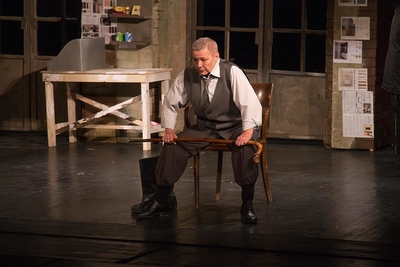 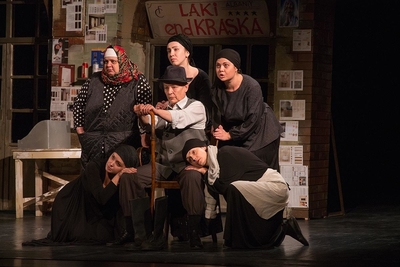 Sponsored by Ministry of Culture of RF. The first staging in Russia.

The main characters of the story are Albanian women. It centers around a love story that faces insuperable obstacles represented by old customs and traditions. There is a custom in Albania for women to disavow their female nature and become the head of the family in case it has no more men left. But still it's impossible to win the fight with Love and Freedom since without them life becomes hell.

Info about the author:

He graduated with honors from the Ekaterinburg State Theater Institute, specialty: actor of drama theater and cinema.

Playwright, screenwriter, member of the Writers' Union of Moscow. She is a laureate of the International competitions of drama "Remarque" (2014) and "Small premiere-2014". Laureate of the annual All-Russian competition of playwrights under the motto "Duty, Honor, Dignity" (2012), conducted by the magazine "Contemporary Drama". Laureate of the 10th International Literary Competition. M.A. Voloshin (2012); winner and prize-winner of international dramatic competitions "Eurasia" (2007), "Actors" (2014, 2015), "Free Theater" (2005, 2013) and "Badenweiler" (2012, 2014). Participant of the STD of the Russian Federation "Author's Stage" (Vladimir, 2013). Participated in the Forum of young writers of Russia, CIS and foreign countries (Moscow, 2006, 2007, 2009, 2011, 2014) Included in the CATALOG (2012) of the best works of young writers: Prose, poetry, criticism, drama, literature for children "(Moscow: SREP Foundation, 2012). Participant of the drama festivals "New Drama" (Moscow), "Lyubimovka" (Moscow), "Propaganda: A FestivalCelebratingRussianVoices" (New York, USA) and others.

Stage readings of the plays were held in Moscow, St. Petersburg, Yekaterinburg, Kazan, Vologda, Penza, Omsk, Minsk, Stuttgart, London and New York. The plays have been translated into English, Estonian and Ukrainian.